Taylor grew up in Cape Elizabeth and played in the Cape Elizabeth Little League.  He loved the game of baseball, and when weather permitted he could always be found at one of the local fields. In order to support Taylor’s love of the game, his parents moved to Florida so that Taylor could be on the diamond year-round. Taylor is remembered by his Little League coaches as someone with a strong commitment for the game who displayed good sportsmanship, and who always had a big smile on his face when he was at the field. He is also remembered for being a supportive teammate, even when things might not be going so well on the field.

In memory of Taylor, the Cape Elizabeth Little League would like to recognize annually one 12 year-old boy and one 12 year-old girl each year who has shown the following attributes:

The candidates for this award will be presented to players during the annual all-star voting process. Coaches need to make clear that this is not meant to be an MVP award or a popularity contest, and players are encouraged to think about all 12 year-olds in the league, not just their teammates.

The award will be presented annually to each recipient at the graduation ceremony at the end of the Family Fun Day parade. A plaque with the award recipients will also be displayed at a display case at Community Services. 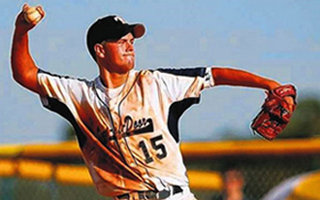